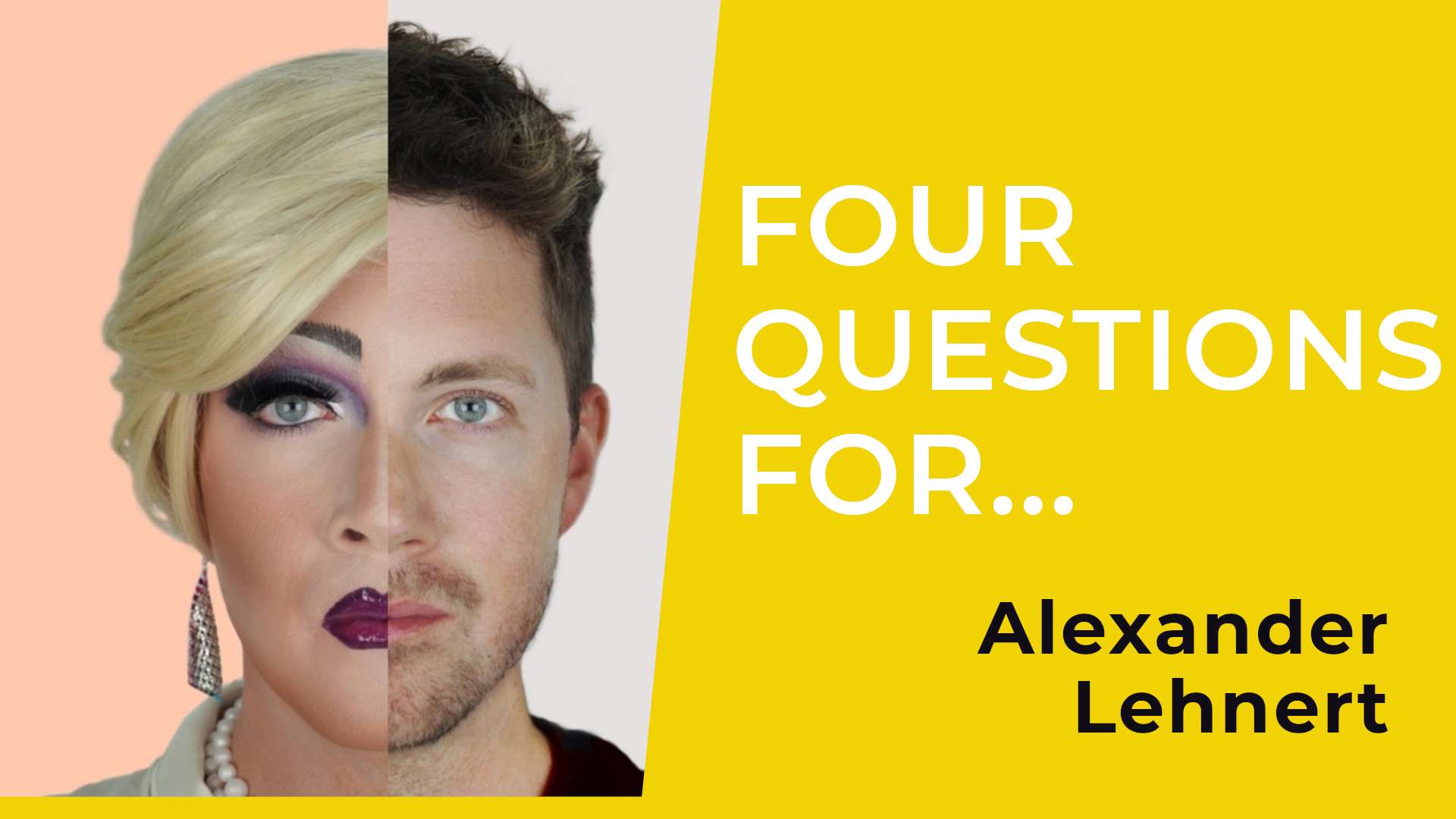 Editor’s note: This interview has been translated from german. Click here to view the original interview.

In this interview series, we introduce literary freelancers. Whether author, translator, editor or event organizer: Each and every one has made his or her way into freelancing. What was it like for you, Alexander Lehnert?

Introduce yourself briefly: Who are you and what do you do in the literary industry?

I‘m Alexander Lehnert and work as a host, event organizer and cultural focus drag queen Audrey Naline. I make lip sync of lyrical works on youtube, present readings and literary discussions and entertain in high-heels and big hair. At my small production office “Gleiswildnis” we produce, among others, the anonymous reading series “Konzept*Feuerpudel”. We are working currently in cooperation on a networking event for sharing working spaces, the “RaumSolidarität”.

What was the biggest challenge at the start of your career?

I got into it gradually, and that perhaps was and is the biggest challenge: realizing that what I’m doing is just becoming part of my professional life. Especially if you try to manage everything at once, a lot of things fall by the wayside. The second biggest one: Perseverance. Very few things have worked out as planned, but most have developed. Looking back, it often feels like everything, good or bad, turns out to be beneficial to oneself in some way.

What has been the most important realization in your career up to this point?

Unfortunately, I haven’t gotten around to it yet, but there is supposed to be a deadline.

What advice would you give to people starting out in your field of work?

Don’t overthink it, do it. When starting out, there’s a lot of space for experiments, mistakes, surprises. Whether it’s presenting, organizing events or doing drag, to put it simply: Practice makes perfect. Practicing how to entertain an audience, pull the plug, talk about money, conduct a preliminary talk, do a cat eye, care just the right amount about other’s opinions without bending oneself, say no, even if staying silent would mean avoiding conflict. Especially when it comes to presenting: A part-time job where you come into contact with people of extremely varying backgrounds.

Alexander Lehnert lives in Berlin. He studied cultural sciences at Viadrina FFO. Since 2010, he has been organizing the anonymous reading series Konzept*Feuerpudel and working as host and cultural mediator, among others, for the Berlinale Open House, Lettrétage, LCB and the international literature festival Berlin. Cityscape explainer on the Spree and probation officer of drag-person Audrey Naline. Audrey can’t remember what she used to do.

Do you want to tell your story and offer advice to newcomers in your field? Contact Philipp Böhm (philipp.boehm[at]lettretage.de) and answer our four questions!