“This curiosity protects me from existential fears” 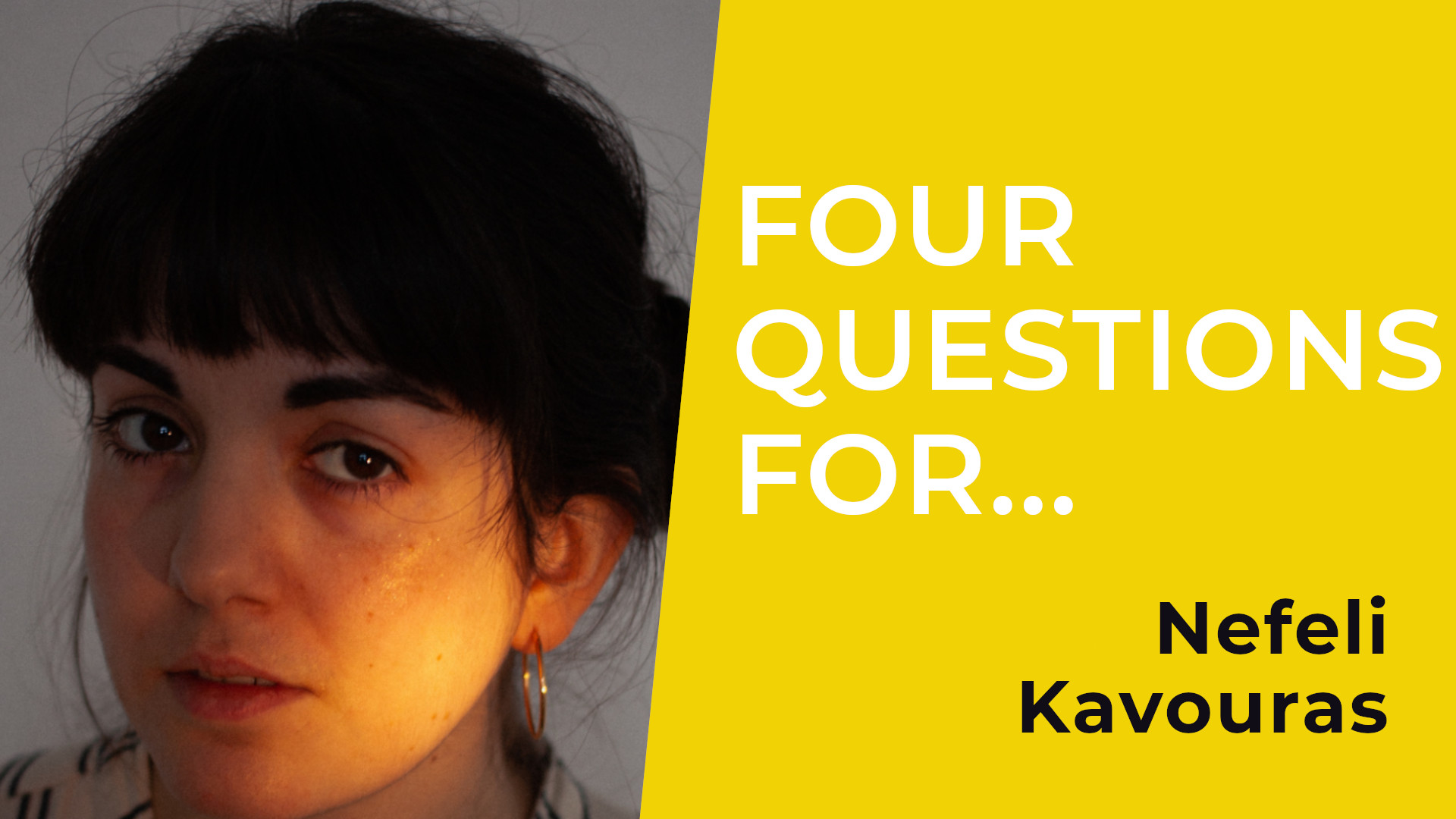 In this interview series, we introduce literary freelancers. Whether author, translator, editor or event organizer: Each and every one has made their way into freelancing. What was it like for you, Nefeli Kavouras?

Introduce yourself briefly: Who are you and what do you do in the literary industry?

I am Nefeli Kavouras and I have been living in Hamburg since New Year’s Day 2015. Since about this time, I’ve been active in this odd literary scene. I work at the indie publisher mairisch Verlag, organize multilingual literary formats as part of the collective foundintranslation, for example the Hafenlesung that regularly takes place in the Nachtasyl venue.
With the Hamburg-based author Anselm Neft, I produce the monthly literary podcast laxbrunch. I write the literary column “Auf ein Getränk mit…” for Hamburg’s city magazine Hinz&Kunzt. Additionally, I simply work at various literary events. I host, write and generally say “Yes” to many things that give me the feeling: here, literature is conveyed by good people.

What was the biggest challenge at the start of your career?

I think I am just now realizing the biggest challenge, which is to organize myself for the future. My entry into professional life developed so organically. It was easy to say “yes” to everything. Now, I suspect that my way of work might unravel if I don’t cautiously think about what I want in three or five years. This fact inhibits my ability to be enthusiastic. More and more, I’m also reaching a point where I do not only want to work on other people’s projects, but rather create something of my own. And sometimes, everything feels so intertwined. Then, I find it difficult to withdraw from certain projects in order to pursue a more long-term goal. In other words, the start of my professional life was easy, because everything was open and I had no big goals. I was thankful to be able to work on meaningful projects right from the start. So I didn’t think about the “job profile” I was building up at that moment.

What has been the most important realization in your career up to this point?

I realized the most important thing even before I started my career (though there was no classic beginning to my career. I already organized literary projects when I was in school. At some point I graduated and it all continued, etc. etc.); anyway, I just realized that I just wanted to do something with literature. I never dreamed of becoming the great editor, the great author or the great literary organizer. I just thought everything was tempting and I realized that I didn’t have to commit to one thing. I think this is a matter of type. Are you a 100%-, or an 80%-Person? I tend to be impatient and I am driven by the will to do multiple things at once, to reinvent myself again and again and to throw myself into new group constellations. So I am not following a career plan that leads to one big, permanent position. On the contrary, I knew early on that I want to do many things as a freelancer. And I am happy that this curiosity protects me from existential fears.

In this interview series, we introduce literary freelancers. Whether author, translator, editor or event organizer: Each and every one has made their way into freelancing. What was it like for you, Nefeli Kavouras?

What advice would you give to people starting out in your field of work?

I don’t really have one field of work. Still, I’d say: Read a lot, go to events, question literary formats, trust in the things that interest or fascinate yourself the most and don’t be afraid to say “yes”. Trust yourself when you have a bad feeling about other people. Even the best project becomes a mediocre one with the wrong people. Don’t forget to stay hydrated, find allies and don’t forget what you love about literature.